In 2012 I realized an image inspired to a film of the filmmaker Gérard Oury, who scored my generation: La grande Vadrouille.(La grande Vadrouille in french sounds like la grande Citrouille, “the big Pumpkin”)
I had remade an iconic scene from the movie, the one where the two “Heroes” launch pumpkins at the head of German soldiers in an unlikely pursuit.

But the joys of computing made the files disappeared forever in the binary recesses of an unhappy backup.

Only IMAGES in low definition remains in the maze of the net.

Almost desperate, furious, I’ve always wanted to do them again the pictures, but it is difficult to reproduce, even his own images. We lose a little of the magic of discovery, surprise.

Finally, take this pain away from me and to grieve, I am reborn this image.

Again thank you Mr. Oury, my childhood would not have been the same if I had not known you. 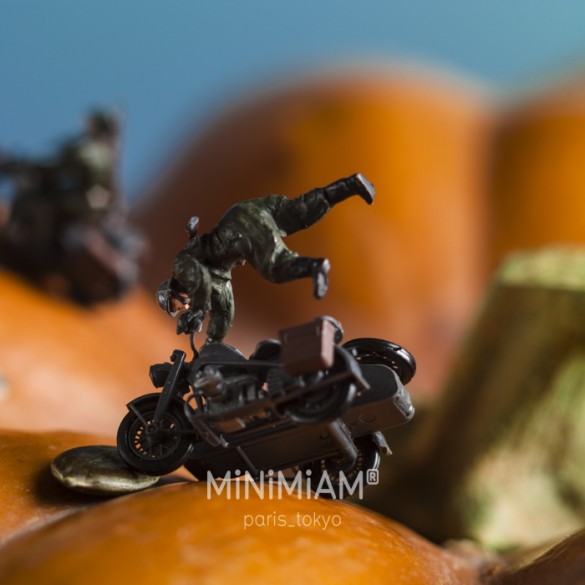 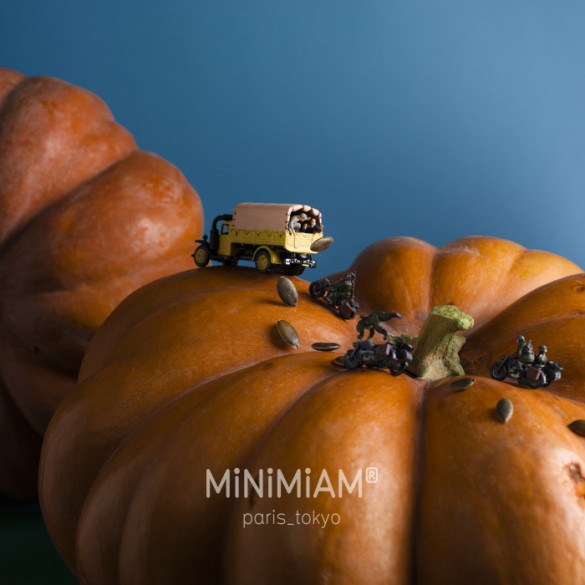